Message from the Pro Tempore President of PROSUR

«THE EXERCISE OF THE PRESIDENCY IS A NOMINATION OF FORMAL IMPLICATION, WHICH AIMS TO INVITE AND STRENGTHEN THE LATIN AMERICAN PROJECT».

Currently, Intellectual Property is a key element for the social and economic development of people. Due to such importance, El Salvador, through me, assumes the pro tempore presidency of PROSUR, with the strong challenge of showing the greatest proactive spirit as well as political will in order to make progress in our common interests and to work on the coordination and integration of strategies that allow the proper use and protection of intellectual rights.

The exercise of the presidency is a nomination of formal implication, which aims to invite and strengthen the Latin American project. Therefore, PROSUR belongs to all States which are part of it.

I invite each and every one of you to be part of this great Latin American effort of our Great Great Homeland!

The strengthening of the cooperation of the different intellectual property offices of the region will be an important pillar in achieving the goals set out for this period. Some progress has been made in this respect, such as the pilot program of the electronic single form for the regional filing of trademarks, the implementation of the Patent Prosecution Highway (PPH), the creation of the PROSUR-PROYECTA platform, among other important regional developments. During this period, we will carry out the Latin American Inventor contest, with the aim of show to the world the region´s creative and innovative potential.

In turn, we will work tirelessly so more countries could join this platform, with the aim to establish solid foundations for the consolidation of the PROSUR expansion to Latin America and the Caribbean, where all Latin American countries join efforts to promote the strategic use of intellectual property, it´s appropriate protection and utilization in order to reduce the technological gap existing between our countries and those more developed ones.

I conclude by extending a kind invitation to all our fellow countries of Latin America to learn about this important initiative and to join us in the fulfillment of this Bolivarian dream of protecting and using intellectual property as a true element of social and economic development .

The present term of office ends by December 2018, passing on to our fellow country of Nicaragua. Friends, you have the support of El Salvador to continue this great project. 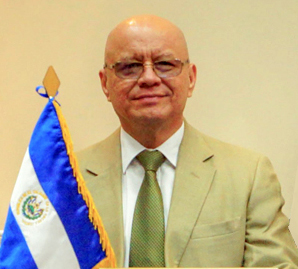