The World Intellectual Property Organization (WIPO) has a specialized area dedicated to provide technical assistance and capacity-building to member states of the Latin America and the Caribbean region. In the context of its own activities, WIPO supports horizontal cooperation initiatives among Intellectual Property Offices (IP) in the said region, ensuring that there is maximum use of existing local capacities and resources. These activities are carried out in close relationship with the coordination and implementation of the Development Agenda, which is part of all activities of the Institution.

In this context, WIPO has followed with great interest the development and consolidation of the regional cooperation instance PROSUR/PROSUL, composed of Argentina, Brazil, Chile, Colombia, Costa Rica, Ecuador, Paraguay, Peru and Uruguay. We have noted with pleasure and interest how this unique integration and capacity building initiative in the region, through its eight years of existence, has carried out a series of projects in the field of trademarks, patents, diffusion of technology and public domain, which facilitate the internal work of the offices, the interaction with users and, in short, the improvement of the IP systems in the region.

WIPO has collaborated on important initiatives with PROSUR/PROSUL and has offered its support in relation to the tools developed by WIPO to optimize the work of IP offices. This is the case of WIPOCASE, a tool that allows patent offices to securely exchange search and examination documentation related to patent applications.

In October 2016, during the WIPO General Assemblies, the attending Directors met with the WIPO specialized team to learn the technical details of such tool and since then we have been exploring an effective action plan for its implementation.

On the other hand, as a consequence of recent efforts from the Pro tempore presidency of PROSUR/PROSUL, conversations aimed to learn about the virtues of the trademark search engine contained in the Global Brand Database began on march this year. Those efforts were successful, as we have recently agreed on the implementation of said tool within the PROSUR platform.

Finally, it is worth mentioning that the Director of the WIPO Regional Bureau for Latin America and the Caribbean, Ms. Beatriz Amorin- Borher, actively participated in the last meeting of the PROSUR Steering Committee, which was held in Santiago in December 2016. Said meeting took place in a crucial time of consolidation for PROSUR/PROSUL, on one the hand, due to the commencement of the expansion process towards the inclusion of new countries from Latin America and the Caribbean, and on the other, because an evaluation was made of the progress of the new website and its new services tools for users. From thereon, several areas of cooperation WIPO/ PROSUR/PROSUL were explored and identified for this new stage of expansion, such as cooperation for the development of economic studies on the impact of IP; the strengthening of the support to the countries users of IPAS (System of Automation for Industrial Property); the organization of training programs in areas of common interest, among others.

In July, 2017 PROSUR/PROSUL members will have the opportunity to meet with WIPO Director General, Mr. Francis Gurry in Panamá in the context of the Ministerial Meeting of Central American Countries.  In that opportunity, and for the first time, a country of the Sub-Region, Costa Rica, will hold the Pro-Tempore Presidency of PROSUR/PROSUL. It is of our greatest interest to be able to continue on this path of collaboration with PROSUR. Member States promote the planning and implementation of actions based on the sharing of experiences and the creation of synergies between national and regional IP institutions in several WIPO forums. PROSUR/PROSUL reinforces the idea that a better use and better management of the system necessarily requires greater integration of practices. I am convinced that WIPO can contribute with its experience to the fulfillment of the objectives of cooperation and integration pursued by PROSUR/PROSUL. 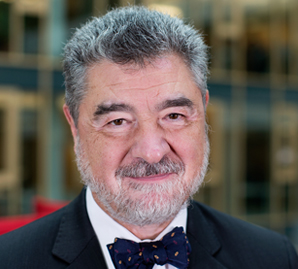